Setting up our service members for success

Email this to a friend

Please fill out all required fields

Email addresses provided will be used only to let the recipient know who sent the web content. The information will not be used for any other purpose by Securian Financial.

Thank you for sharing

Your message has been sent.

Please fill out all required fields

Email addresses provided will be used only to let the recipient know who sent the web content. The information will not be used for any other purpose by Securian Financial.

Thank you for sharing

Your message has been sent.

Loren Sadlack, a risk management consultant at Securian Financial, enlisted in the Marine Corps right after graduating high school. He served 12 years in the Marine Corps – eight years as an aircraft mechanic and four years assigned to the White House. Today, he’s an officer in the Air Force Reserve providing operational support to the aeromedical evacuation mission for the Department of Defense.

Before his deployment in May, Loren shared his story and told us how Securian Financial continues to provide a strong support network for him and his family.

What drew you to Securian Financial?

Securian Financial came up early because there was a role that seemed close to what I did with regard to business continuity and continuity of operations. I had not heard about Securian prior to that, so I started doing some research and saw that they were a Beyond the Yellow Ribbon Company. The more I dug into it, the more [I saw] what Securian had gone through to support those that are still wearing the uniform and have previously worn the uniform. That was a key point for me to move forward and put my application in [because] I've experienced loose support, up to that point, of my military service.

When I put my application in, I didn't [put down] any record of my military service. Some employers might see that as a detriment. It came up in the interview and I was shocked at the response. There wasn't remorse or regret. They started rolling off all the different things that Securian is doing to support those that are still serving as well as veterans and spouses of veterans.

They immediately said, “you need to [connect with] the Servicemember Associate Resource Group (SARG).” I'd never been a part of a resource group and didn't even know these things existed, let alone for service members. So, I said to myself after that interview, "If I get this job, the first thing I'm going to do is join SARG."

How has SARG supported you as an active service member?

We have more than 120 veterans working here at Securian Financial. SARG focuses on those that still wear the uniform, those that have previously served as well as supporters and family of military members.

Like the military, [SARG] is focused on camaraderie. Our Battle Buddy Program is focused on service members that get deployed. It’s like in the military where you have a wingman that walks alongside you through a deployment or operation. With my deployment, I've been assigned a SARG battle buddy. He can provide support to my family [in any number of ways] – whether our lawnmower breaks down or by providing freezer meals to take away the stress of having to make a meal that night.

How have you been able to support other service members?

We have several areas of focus within SARG. One focus is on talent and recruiting. We attend veteran-focused job fairs, work to have resumes reviewed and provide training to our talent acquisition colleagues. It can be hard to translate those skills, so we provide services to help hiring managers understand some of the language and what military members bring to the table. [My advice is] if you see something regarding military service, take that as an additional positive. The military is leadership focused, so there is a lot to take from that with regard to leading a team, dealing with problems, and being adaptable to what's going on around you.

We also have a lot of camaraderie aspects. Getting together at VFW to play bingo or do a meat raffle have been some of the fun ones lately. We’re trying to instill that sense of family. Securian has your back and they're going to be there for you in the good and the bad. It just puts a smile on my face. We're not just talking the talk; we're walking the walk.

Get articles like this delivered directly to your inbox.

Building a culture of DEI

Employee resource groups are integral to our DEI program and company’s culture.

The value of service members in the workplace  (article with video)

Celebrating achievements in the disability employment workforce  (article with video) 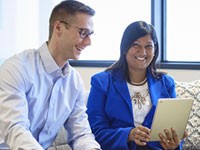 From Kenya to America  (article with video) 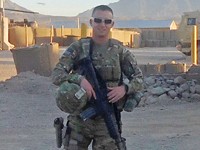 Calm under pressure  (article with video) 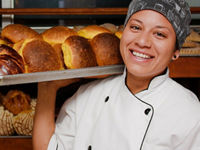